THE POWERFUL IMPACT OF SOME ENTERTAINING APPS IN 21st CENTURY

Today I am going to tell you the impact of some apps in our daily life. In 21st century we are using sone useful Modern Technologies Like Television ( LCD & LED ), Smartphone, Advance Level Remote Sensing Cars, and many more, But have you notice one thing we are just loosing our daily existence day by day not only this nowadays by using Smart phones people’s are trying to become a famous celebrity by updating Funny or Entertaining Video’s. I agreed this Social site’s played a vital Role in our life but using such apps many student’s and future of youth is slowly getting spoiled too.

The legendary actor’s or actress’s worked really hard to become a Famous Star But now a days things had been changed By using Some Entertaining Apps the Youth Brigade try to become a Star without any hard work or dedication.

In 21st century this is one of the most common app in every smartphones, released in China on September 2016 but after 2years when it merge with Musically Became the most Useful App Across the Globe. With over 70 languages and sharing qualities this Chinese app Break almost every records In US or throughout the world.

Functions : this app is used to create a short video of themselves, by using background music
which can be edited, slowed down or speed up with a filter. The youth can also used Lip Sync
function with this App ( गाने के बोल के अनुसार अपने होठों को ussi गीत के साथ मिलाना ) , you can add
or follow many Tiktok Stars by using this app & can also played Duet performance with them,
You can use Drafts option which is commonly used in email option but here if you don’t want to
Update any video just saved it in Draft option of Titktok App.

The most commone feature is to send Emoji or directly messages to your friends, also you can report or Spam video if there is inappropriate for the users, Last but not the least Tiktok gives a latest feature of setting Private account intially if you make an account in Tiktok it had been visible for everyone but now by
using Privacy option you can share video’s or content to those person who is visible in your
contact.

Due to this App Mostly people forgotten The Reality Vs Reel Life experience not only this they are thinking by using such apps will become a Famous Star but using other’s legendary videos or there song’s Could you become a Star like Hema malini jee, Amitabh bachchan ji, Ranbir kapoor, Ranveer Singh, Deepika Padukone, Lata Ji, Shreya Ghosal etc.

These are legendary stars who don’t have Any App to promote their movies or songs but with the Help of Multitalented Acting or Singing they Became a Superstar, Another disadvantage is Children’s are using this app consistently with this cause some children unable to focus on their Studies or Personal Life, Kids are very sensitive whatever they See they are trying to adopt it with this Tiktok have many video’s like abusive, Sexual or Some loud or harsh music which is totally inappropriate for the kid’s. I agree this on 2020 Tiktok launched Family Pairing Which allows parent’s to link accounts with their kids so that any inappropriate video for their child Parents can disable or delete it directly. But my Ques is this Can Really Parent’s Watched their Kid’s Privacy in such a manner afterall Kid’s are soo much indulged in this way you cannot control them with the help of this app. One more disadvantage is this waste of time and energy it is also time taken too.

The app which is came into limelight on 2015 with limited number of users but soon it had started a good fan following especially few stars were start using this app quite often. With over 40 languages in it, This app is useful in terms of making good funny video’s.

Features: This is the app in which user can choose an audio recording or soundbite from any movies, shows, music & internet trends and record a video of themselves dubbing over that piece of audio ( दूसरे की आवाज या मूवी के सीन को अपने आवाज से बदल देना ) In this app people’s can send their Dubsmash video to anyone on whatsapp or messanger.

Lip sync & Dubbing function needs time and in your busy schedule you have to take out your precious time and waste in this app just making a fun to other’s. But again this is the things which i had to add it Every person have some talent and if you have Good Sense of Humour to make other’s laugh so Why you need to download this app just to make dubbing or lip synchronize video’s. And if we talk about Kids or youth
generation Its hard to avoid these thing’s they would catch any app for their entertainment which is running in social sites quite often and then after some time they getting indulge in it so using this app Youth generation is loosing its focus on studies and wasting their precious time also. 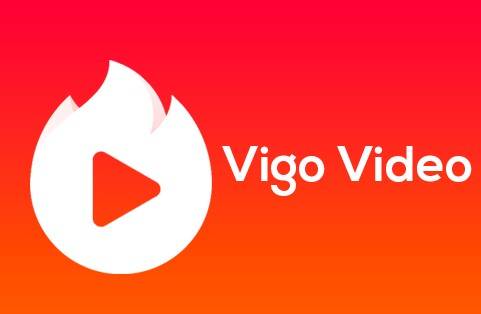 This app was started on 2017 when people’s don’t know too much about Tiktok or any other social entertainment site apps but after tiktok was getting popular Vigo app also came up with millions of followers. Slowly in the market of entertainment Vigo app was hold their position quite well.

Functions : This app is for short video editing purpose, cute stickers, funny faces and many more just to capture beautiful moments and to connect with people in the Vigo community.

Disadvantages : Vigo app is providing you some money for uploading a simple or interesting video in such case People’s cross their limits and many times they upload some sensitive video content in this manner Vigo App is not safe for the future of kids & youth generation also I pinpoint one more thing ” Instead of doing hard work if we Upload a Sensitive Content Video just to earn some penny amount of money, it can be Dangerous in future .”

I also request you all Self Talent is The Most Valuable Talent instead of dubbing or synchronize famous video’s Just use your own acting and good sense of humour talent soo that you will get to know the Difference between Reel Vs Real Life Experience. Thankyou all Hope you like my content.

This site uses Akismet to reduce spam. Learn how your comment data is processed.